The latest in the Copper Tree Class series, Tom’s Sunflower is about helping children come to terms with difficult situations. Hana is feeling sad because her mum and dad are splitting up and going to live in different places.

Mr. Davis, the teacher, tells the class a story about a boy called Tom whose parents split up and how he learned to understand that he could make new friends in new places and that it wasn’t his fault. Tom’s teacher had shown him how to plant a sunflower to remember that he would always grow on both sad and happy days. Guess who Tom grew up to be…

This is a very simple but supportive book with elements to help children with different issues that might make their tummies feel “wobbly”.

Where The Poppies Now Grow by Hilary Robinson and Martin Impey has been shortlisted alongside books by Quentin Blake and Michael Morpurgo for the prestigious English Association Book Award 2015.

Where The Poppies Now Grow was shortlisted for the Hampshire School’s Library Award 2014. 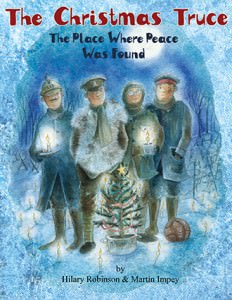 Three bookworms at Newstalk choose the best books for Chrismtas 2014 and The Christmas Truce is one of them. Listen to the review at Newstalk.

Just announced.  Where The Poppies Now Grow has been nominated for both The Carnegie Award and The Kate Greenaway Award 2015 – the most prestigious awards in children’s literature.

The sequel to the hugely popular Where The Poppies Now Grow, The Christmas Truce, is now available to buy online.  It would make a lovely Christmas gift for children to learn about World War 1.

“Where The Poppies Now Grow” and “The Christmas Truce” have been listed by The School Run in their top WW1 books for children. Read more here. 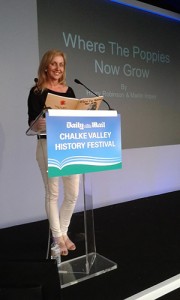 Hilary, along with illustrator Martin Impey,  was delighted to take part in the Chalke Valley History Festival 2014 where audiences were able to find out more about Where The Poppies Now Grow.

Seven Stories, the Centre For Children’s Books, are running a competition, the winners of which will be able to dedicate Hilary’s new book, The Christmas Truce, to a war hero. More details at Seven Stories.