There was a to-do at the palace. The Emperor shoes were all worn out! He summons the old shoemaker’s elves to make him some brand new slippers. But on a royal visit to the market, a boy thinks the Emperor is in his pyjamas! What can the Emperor wear instead?

I only had a few weeks to write these books (the Fairytale Jumbles) ... so I wrote them in the rain in Devon, in the airport at Las Vegas, in my friend’s house in Albuquerque and in my bed at home. Then my publishers said “can you write another” (they didn’t want one of them) so I wrote it in the car park before my dancing lesson. Sometimes I have to write anywhere! 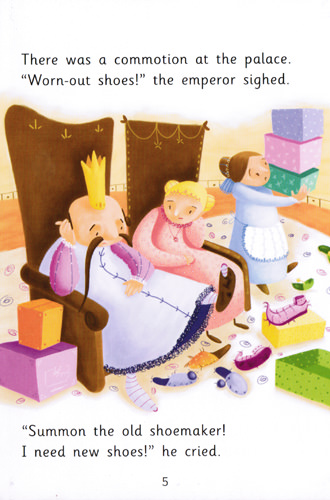 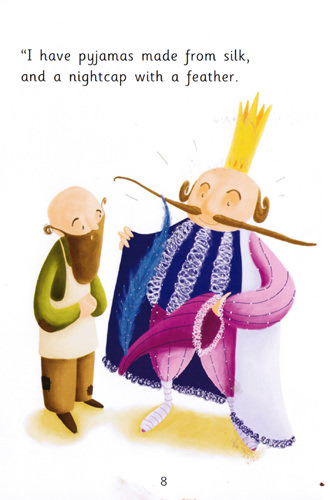 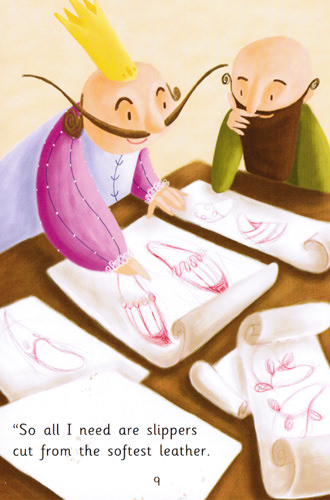 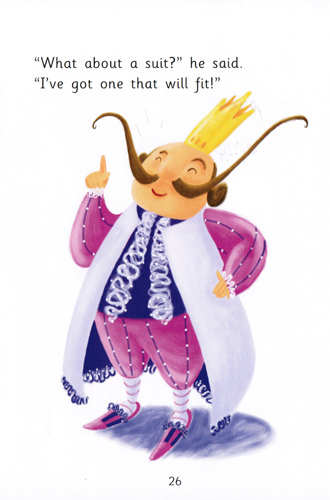 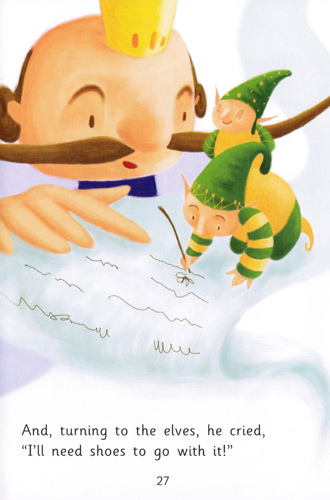